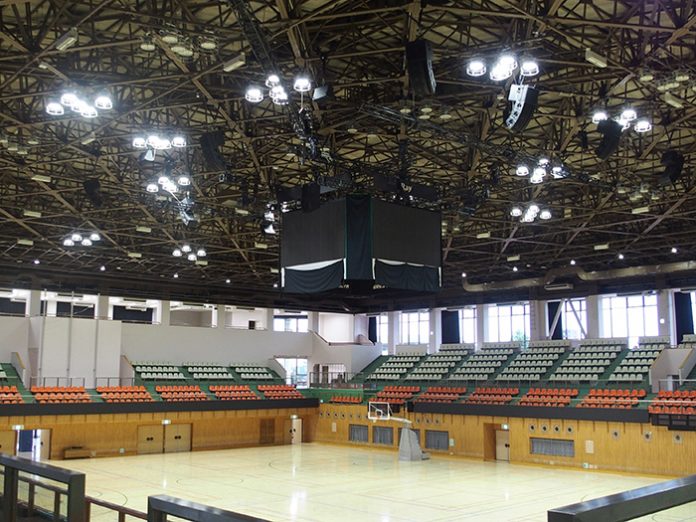 “The previous sound system was as old as the arena itself, and was not delivering the desired performance,” said the salesperson for Hibino Corporation. “In the arena, people could feel the volume differences depending on their location, which made it impossible to achieve balanced sound quality throughout the stadium. This left much to be desired by both the stadium officials and the fans. Ultimately, we decided that the JBL VRX series speakers would be best suited for the task, due to their powerful and reliable sound output.”

“We required a substantial upgrade to our existing sound system,” said the spokesperson for Brex Arena. “The system had to be powerful enough to deliver clear, balanced audio throughout the venue. It had to be dynamic too, as the requirements vary with each event. We are very satisfied with the solutions provided by Hibino. The output is incredibly powerful and the entertainment value of the games has significantly improved. In addition, the new system has reduced time and labor costs for loading and unloading temporary speakers.”

“The project at the Brex Arena required an engaging and dynamic sound setup to match the intensity of the games and the fans,” said Ramesh Jayaraman, VP & GM, HARMAN Professional Solutions, APAC. “We’d like to thank our partner Hibino for integrating the appropriate equipment for the project and for designing the system with future demands in mind.”