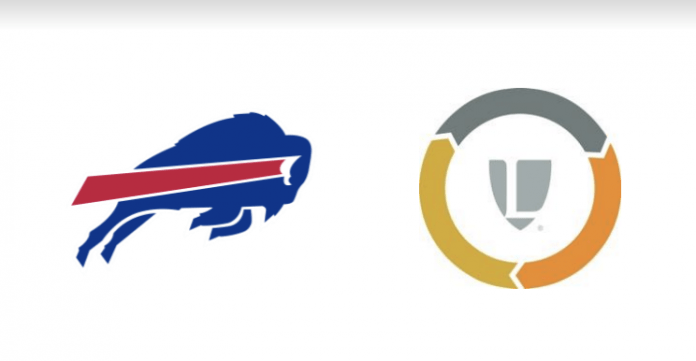 The Buffalo Bills and Legends announced today an expansive partnership for the data-intelligence fueled global premium experiences company to lead planning, project management, sales and partnerships for the new Bills stadium project. The Bills recently secured a signed Memorandum of Understanding with New York State and received NFL approval for G-4 funding, significant steps towards final approval of the stadium.

Legends has been involved in the Bills new stadium project for the past year, working closely with the team and Pegula Sports & Entertainment on the feasibility study for the project and more recently, conducting valuable initial focus groups and surveys to help inform stadium design and sales. In addition to its work on the new stadium project, Legends currently handles e-commerce for the Bills.

“As we continue toward our goal of constructing a new stadium for our team, our fans and the Western New York community, having the right partners in place is critical to our success,” said Ron Raccuia, Bills executive vice president. “As we have seen in recent years at SoFi Stadium and Allegiant Stadium, the team at Legends brings an incredible level of expertise, success and understanding around NFL stadium development as well as sales and partnerships. We are proud to partner and get to work with them on our new stadium project.”

“Legends is proud to partner with the Buffalo Bills and Pegula Sports & Entertainment to apply our data-intelligence fueled 360-degree service solution to bring their fans a new, modern stadium that will dramatically enhance the game day experience,” said Shervin Mirhashemi, CEO, Legends. “Our seasoned execution team will apply their vast experience and institutional knowledge working with NFL teams on project development, sales campaigns, PSL programs, naming rights and founding partner engagements to deliver a stadium that is unique to Buffalo.”

Legends has provided its holistic solution powered by data and analytics to a number of high-profile stadium and venue projects that have opened in the past few years. Most recently, Legends provided planning, project management, sales and partnerships, including naming rights, for the Los Angeles Rams’ and Chargers’ SoFi Stadium, the Las Vegas Raiders’ Allegiant Stadium, Hollywood Park’s YouTube Theater, Los Angeles Football Club’s Banc of California Stadium and the Columbus Crew’s Lower.com Field.