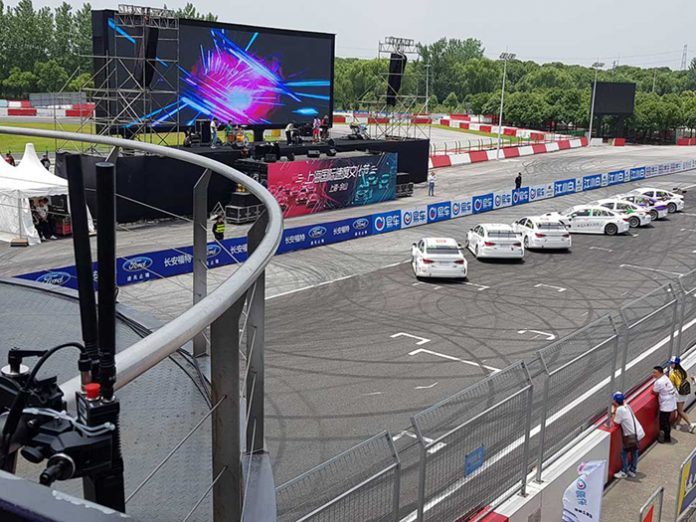 During the recent races of the CTCC, held in Shanghai, China, production company Top Cool Productions deployed technology for wireless mesh networks from Silvus, implemented and maintained by system integrator Broadcast Solutions. The German system integrator was on site with their Singapore entity and held responsible for the system’s design, implementation and service on-site to give the production company a broader and uninterrupted wireless camera coverage, specifically in the PIT area.

Three sets of Silvus 4200 radios with Haivision Makito X encoders/decoders using HEVC (high-efficiency video coding) and SRT (secure reliable transport) were deployed. The solution from both companies provided a combination of a wireless IP MESH-network and a highly efficient low latency encoding/decoding system. The team-play of Silvus and Haivision solutions are the perfect combinations to provide a low-latency wireless camera system for broadcast and live TV-production.

Because of the overall area conditions Top Cool Productions previously was unable to provide a wireless connection between Tx and Rx, due to their legacy wireless system, offering only point-to-point and line-of-site connection. Therefore they needed a system capable of securing a full coverage of the PIT area to interview drivers and team members and overcoming existing areal barriers. This is where Silvus and Broadcast Solutions came into play.

The PIT area stretching around 200m and the OB Van in charge had to struggle with several obstacles blocking a direct line-of-site connection. With only three Silvus radios forming a MESH-network Broadcast Solutions enabled a full coverage along the PIT area, including PIT rooms and holding areas without nearly any dead spots. With the fluid, self-healing, self-forming MESH-network topology coupled with Haivision’s HEVC and SRT, providing ultra-low latency (20msec) at 6Mbps stream of HD video, the result was a very robust wireless camera system operating on ad hoc coverage even in non-line-of-site situations.