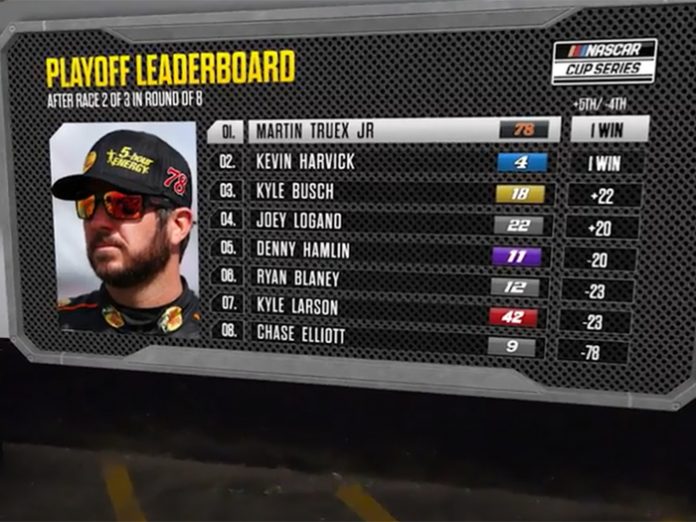 ChyronHego has introduced PRIME Graphics 3.6, the newest version of the company’s acclaimed platform for real-time graphics authoring and playout. With this release, ChyronHego keeps its promise of “One platform, multiple use cases,” extending PRIME Graphics to support augmented reality graphics in live studio environments and adding new productivity tools that simplify and accelerate design workflows.

“PRIME Graphics has evolved into a uniquely robust and powerful platform for graphics authoring and playout across a wide array of applications,” said Olivier Cohen, senior vice president, marketing at ChyronHego. “Version 3.6 offers new features that give designers even greater agility and creative freedom in bringing dynamic graphics to air or to large-canvas video walls. The platform’s support for augmented reality goes one step further, enabling placement of spectacular graphics within the studio space. Augmented reality is available in 4K and HDR to create stunning visuals.”

PRIME Graphics users now can run an instance of LyricX on the PRIME platform, with both design and control of LyricX messages remaining within the familiar LyricX interface. The platform can simultaneously play out a single LyricX channel along with PRIME channels, or it can dedicate all channels to either PRIME or LyricX playout. With backwards compatibility for existing LyricX messages, LyricX Mode allows broadcasters to future-proof their production capabilities with minimal workflow impacts.

Designed to improve workflow efficiency, PRIME’s Style Sheets functionality allows users to tag objects and then set up logic statements that trigger the application of a certain property value, such as color. Taking advantage of Style Sheets streamlines workflows by allowing designers to quickly change the look of some or all objects in a scene to match team colors, event-specific branding, and more. Accordingly, users can save hours of time while working with a smaller, more manageable, and more flexible graphics package.

PRIME Graphics 3.6 allows users to build if/then conditions as part of a Logic Effect that may be applied to any object in a scene. With the ability to reuse conditions and apply them to multiple objects in a scene, or even different scenes, users can quickly build smart, logic-based templates.

New easy-to-use visual guides for the spline editor in PRIME allow designers to adjust ease — the gradual rate at which animations start or stop — for complex 2D and 3D animations more quickly and with greater accuracy for even better-looking graphics.

“The LyricX-on-PRIME feature reflects our commitment to backward compatibility and to the large community of LyricX operators,” added Cohen. “We’re confident this feature will provide valuable flexibility for those customers making the shift from LyricX to PRIME.”

Additionally, designers and operators can now learn and receive a free copy of PRIME by accessing ChyronHego Academy, an efficient and interactive learner journey for anyone interested in earning their certified PRIME “Black Belt” at no cost.