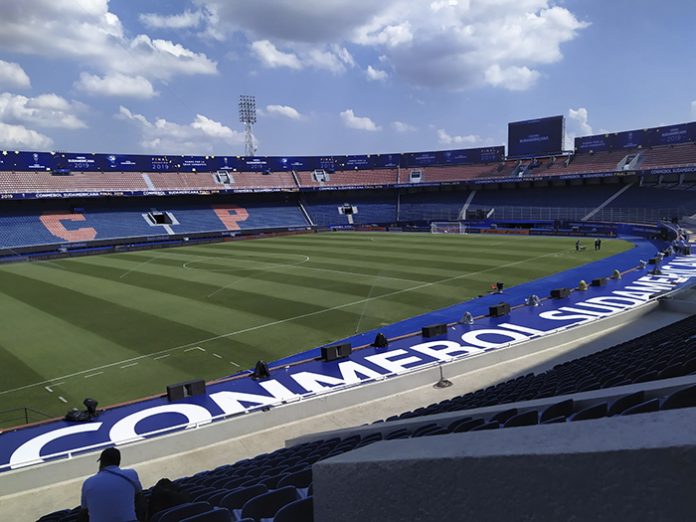 MG Stage, based in Buenos Aires, Argentina, is the country’s only company dedicated exclusively to intercom system rentals for the theatre, corporate events and live production markets. The team understands the need for reliable and quality communications, especially company owner Magali Acha, whose previous career experience as a set designer on live shows demonstrated to her how little emphasis producers placed on such an important aspect of an event.

“On every show I worked, I always noticed how the crews had difficulties simply talking to one another,” she recalled. When she started MG Stage, one of her goals was to avoid that challenge for her customers, which meant using Clear-Com from day one. MG Stage has been spearheading the use of professional intercom in Argentina, and it has been very well-received. “A lot of people are accustomed to two-way radios, but once they experience using Clear-Com, they immediately understand the importance of using a professional intercom system,” Magali said.

One recent event highlighted the effects of superior communications in live events. MG Stage supported the final match of one of the world’s largest football tournaments: the Conmebal (The South American Football Confederation) South American Cup held at the Estadio General Pablo Rojas in Asunción, Paraguay.

The tournament producers engaged MG Stage only days before the event started. “We had to organize quickly and without much information about the production’s technical requirements,” said Magali.

MG Stage deployed Clear-Com’s FreeSpeak II Digital Wireless Intercom for the general event coordination and a DX410 Digital Wireless Intercom along with Clear-Com’s Encore Analog Partyline stations and beltpacks for the shows and ceremonies. MG Stage also drew on its theatre experience to configure and personalize each user’s FreeSpeak II beltpack. They also combined and interconnected the wired Encore partyline with the DX410 wireless system.

The Clear-Com systems enhanced the event teams’ communications capabilities during the tournament, allowing them to communicate clearly and over greater distances, despite the roar of the crowd.

For the Conmebol South American Cup Final, MG Stage placed one FreeSpeak II transceiver along each sideline. The production team used 10 FreeSpeak II beltpack on the sidelines, behind the goal—the waiting area for the shows and ceremonies—and one member was in the tv booth. “The coverage was smooth in all areas, across the field and even in the booth high up in the stadium”, said Magali. “The stage managers stationed around the field were able to clearly give directions and talk to one another.”

Even the rain could not impede the communications. “In the middle of the match, it started to rain so hard that the field got flooded, and the match was suspended for about 15 minutes,” she said. “We had to relocate the equipment rack and reroute the cabling; we pretty much moved everything including the transceivers because the amount of water was incredible. It was a few stressful minutes since the comms had to remain operational despite the harsh conditions.”

“Professional customers, especially in Argentina, don’t ask for intercom systems,” Magali said. “They simply ask for ‘Clear-Com.’ It is like asking for Coca-Cola in a restaurant. Everyone knows what you mean.”

In addition to the Conmebal final, MG Stage regularly supports a diverse schedule of live events, ranging from the Youth Olympic Games to the G-20 World Economic Forum. As the company plans to expand into areas like Uruguay, Paraguay, Chile, Bolivia and Peru, Magali and MG Stage are confident that the relationship with Clear-Com and Lade Profesional—a Clear-Com partner in Argentina—will continue to grow and strengthen.

“The difference between using a Clear-Com system, or not, is substantial,” Magali said. “If communications fail, the show fails. Clear-Com systems are reliable, user-friendly, versatile and adaptable to cover the needs of every type of user and production.”