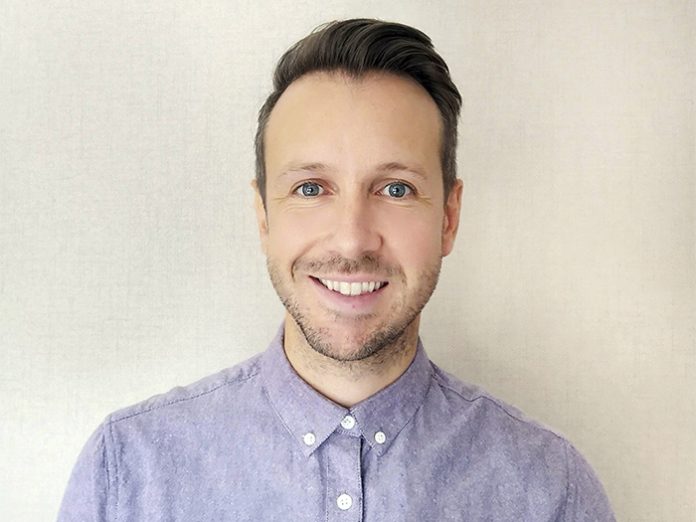 Dan joins Clearglow Sport as the company seeks to completely transform the stadium display technology market. The company launched in 2020 with the ambition to make high quality fan engagement and revenue generating LED solutions accessible to more sports clubs, venues, and stadia in the UK.

Daniel brings 14 years of experience working in the sports sector, most recently for ADI, where he was responsible for delivering the company’s sports marketing strategy. Dan’s previous experience includes the launch of virtual hybrid perimeter LED technology in Germany’s Bundesliga, as well as double row perimeter LED in the Premier League, and the wider deployment of digital commercial platforms across the EFL.

Joining Clearglow Sport, Dan commented, “It is really exciting to join such a forward-thinking, innovative technology provider, which has a clear mission to make high quality, revenue generating, LED platforms accessible to clubs of all sizes.”

“Stadium display technology, and perimeter LED in particular, has been part of the backdrop of elite sport for decades now – and for good reason. It is an incredibly powerful brand activation and fan engagement platform. However, for too long, it has been beyond the reach of many clubs outside of the very top sporting leagues – either because of high costs, controlled by few suppliers, or because clubs haven’t been given the tools to unlock the revenue model to commercialise it effectively.”

“We want our customers to focus on how they can maximise the return from their investment, whether considering a pitchside LED display, stadium screen or LED ribbon. Without a solid ROI model in place, supported by quality technology, the decision to install LED in the stadium has the danger of becoming an expensive vanity project.”

Explaining why now is the right time for clubs to speak to Clearglow Sport about stadium LED technology, Dan continued: “Professional sport has faced its biggest challenge in a generation over the past 12 months. Clubs have been incredibly resourceful in the way they have adapted to survive without fans in the stadium but now, more than ever, it is vitally important that clubs have the right platforms in place – not only to help them quickly rebuild but, also, to drive long-term future growth. We really believe that the right LED technology, when underpinned with sound commercial thinking, can help clubs of any size achieve financial growth.”

Dan joins Clearglow Sport as co-founders Andy Clague and Kristian Ball mount a drive to expand the company, having already strengthened their installation, operations, and technical delivery teams over the past 12 months.

Speaking of the appointment Kristian commented: “We’re delighted to welcome Dan to the company. He brings a huge amount of experience and really shares our vision to make stadium LED display technology more accessible to clubs of all sizes. We’re driving change, not only by bringing costs down, but by removing barriers to make it easier for clubs to access revenue-generating LED without the need for huge deposits.”

“We may be a relatively new name in the industry, however, the management team behind Clearglow Sport is anything but. Collectively, we have over 30 years of experience in the sport and technology sector. Whilst that experience is hugely valuable, it’s more interesting to our customers to look to the future. That’s why we really want clubs, venues and stadium owners to challenge us – to scrutinise our technology and test the principles behind the commercial models that will help them to drive sustainable revenue.”

Andy added: “Dan is a very welcome addition to the management team. The fact we’ve worked together previously means we can really hit the ground running in order to deliver solutions that will help our customers earn more from their stadium display technology. It’s really important to us that we are able to deliver value to our customers without compromising on the quality of the solution.”

“We’re supported by some of the biggest names in LED technology, including Unilumin, who are one of the world’s largest manufacturers. With the right commercial model in place, there really isn’t any reason why the same technology that will soon be installed Manchester City’s Etihad Stadium, can’t also be deployed for a League Two club or RFL stadium for example.”

Clearglow Sport has launched a range of perimeter LED systems, available in multiple heights, with or without an integrated crowd-facing display, which the company adds to its existing range of stadium LED screen solutions.