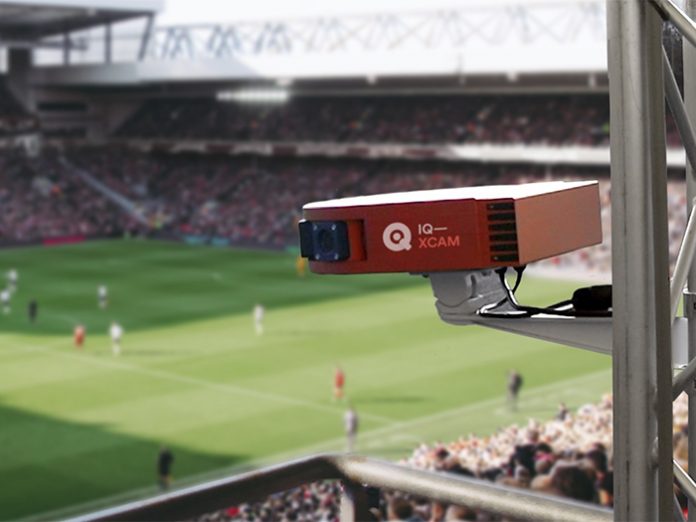 CP Communications has announced the next generation of Mobile Viewpoint’s IQ-Sports Producer (IQ-SP) family of automated live sports production systems. Powered by AI and supporting a range of outdoor and indoor sports from football to hockey, the updated series brings several key technology enhancements and adds a new entry-level model – IQ-SP Lite – built for customers focused on single-sport productions with one output stream.

Mobile Viewpoint developed IQ-Sports Producer to easily capture, stream and re-publish sports events with ease, and also gives players and coaches an affordable solution for recording practices and create game footage. Mobile Viewpoint has strengthened the AI capabilities in the new generation of IQ-SP systems, which will prove especially invaluable as live sporting events gradually return during the COVID-19 pandemic.

Mobile Viewpoint continues to innovate with the addition of new sports, including cycling and horse jumping, while supporting many traditional ball and puck sports. Mobile Viewpoint has also added a scheduler to LinkMatrix, its cloud-based management platform, that automates game scheduling in advance without an operator. IQ-SP can also now automatically monitor the onsite clock when games start and stop, and the scoreboard to provide an automated graphical overlay.

“IQ-SP seamlessly stitches together video from up to four 4K cameras to create the complete field of view required, which ensures that our customers can follow and capture live action of any sport with exceptional quality,” said Michel Bais. Managing Director at Mobile Viewpoint. “As well as AI following the action of the ball, sports producers have the option to seamlessly zoom into the play and maintain a very high quality of video definition, without even having to be on the field – a benefit both during and after the game.”

As well as the AI-powered, pan-and-scan main feed created by the virtual director functionality of the IQ-SP software, the Pro and Premium models support additional virtual streams that can be defined within the system to follow the action of choice. Users can drag and drop varied fields of view into the image, and add overlays including scoreboard content (clock and score), sideline and goal views, instant replay content, and automatic summaries and highlights. Operators can select and analyze other streams from the field of play during and after the event.

Other new upgrades include support for an additional microphone array to augment the cameras’ built-in microphones, enabling producers to complement their exceptional video coverage with higher-quality audio.