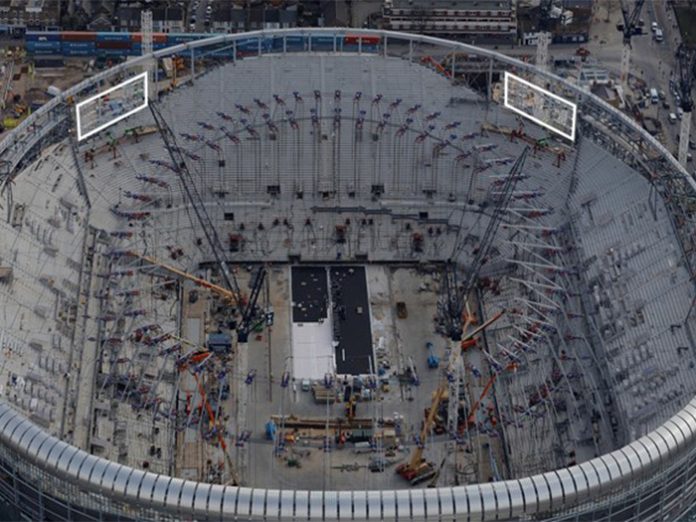 Within its brand-new 62,062-seater stadium Tottenham Hotspur not only aims to set athletic records. The club has now made an agreement with Daktronics to build LED video displays for the stadium bowl totalling more than 1,000 sq metres.

This includes two screens in the iconic, single tier 17,500-capacity South Stand, each measuring 325 square metres – making them the largest screens in any stadium in Western Europe and among the biggest in the world.

Two additional screens in the North Stand will each measure 190.7 sq metres, while two LED video displays will feature on the South West and South East façades, fitted on the exterior of the stadium, each measuring 178.9 sq metres. Every main display will feature 13HD pixel layouts to bring extra image clarity and contrast for everyone that visits the stadium.