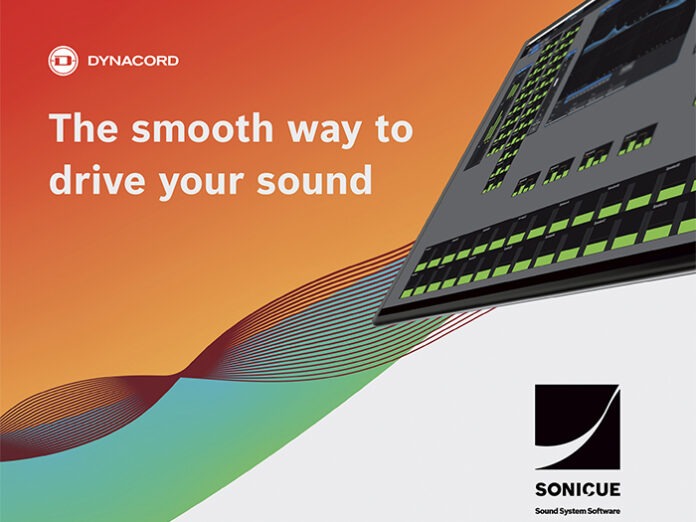 Dynacord significantly expands the scope of SONICUE with the version 1.2 update. The new release fully supports the new MXE5 matrix mix engine, which completes the sound system by providing input, routing and mixing functionality, as well as sophisticated DSP functions. When integrated with Dynacord IPX series amplifiers, MXE5 can serve as a system head for overall system supervision, monitoring and control, while the system logic supports communication with other OCA devices, including third-party products. Running as independent apps on desktop PCs and the TPC-1 touch panel controller, SONICUE 1.2 adds customization features for user control panels and system logic for advanced tasks.

SONICUE’s new control panel designer is a comprehensive toolbox that allows the creation of standalone, lockable applications. The design of the user interfaces is customizable and assignable with different functions according to the required user type, such as system and sound engineers, facility managers or service personnel in hospitality areas. Together with the new system logic and customizing functions, the applications can be loaded with dynamic content for specific application modes, raising the user experience to a new level.

The logic editor is quick and easy to operate for the system designer and produces advanced system tasks without requiring coding skills. System integrators and AV installers can address project requirements for fixed installations in a more efficient and effective way via by SONICUE’s intuitive, highly flexible interaction concept, which is based on a guided workflow and direct access of all system parameters.

This update also includes an activated update routine for loudspeaker databases and a handy overview that displays the current firmware versions of all supported devices. The software is available now as a free download from the Dynacord website.