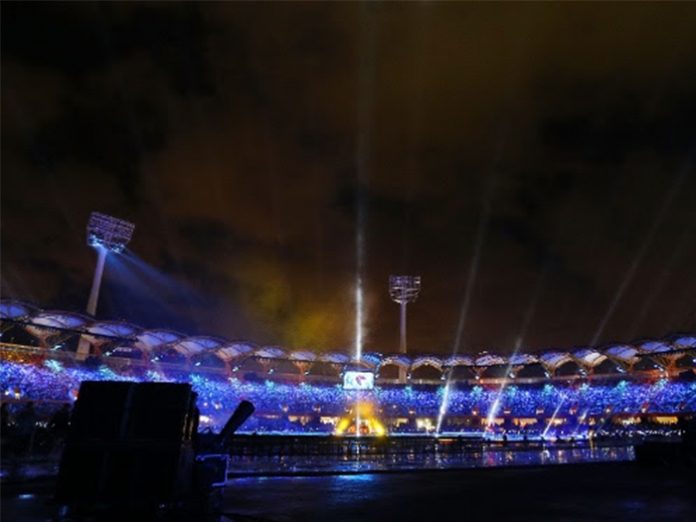 Over 6,600 athletes and team officials from more than 71 nations descended on Australia’s Gold Coast to compete in the Commonwealth Games. To achieve this epic outcome, audio production specialist and Official Sponsor, Norwest Productions, deployed over 500 L‑Acoustics cabinets, including 124 K2, in 22 sporting venues.

“With the Games being held in our backyard, we’d always set our sights on being involved,” said Norwest’s Gra Whitehouse.

Gra said: “Combining this new stock with our existing inventory of dV-DOSC, Kudo, and 12XT, we were able to put together a proposal that delivered almost all games systems as a single-brand solution, with the exception of some application-specific paging systems.”

Employed by the event’s producers, Jack Moreton Worldwide, Norwest then established itself as an event sponsor directly to the Gold Coast 2018 Commonwealth Games Corporation (GOLDOC), carrying the prestigious mantle of ‘Official Audio Supplier to the GC2018 Ceremonies’. The sporting venues audio overlay was a separate contract, with Norwest sub-contracted by Sports Technology, headed up by Damien Rowe and his experienced project management team.

The remit for the entire contract was about achieving excellence for the spectator. Each audience member had to receive as near as possible the same SPL and high degree of intelligibility, with the additional requirement of catering to the full range of the Sports Presentation creative: high-impact play-on and play-off stings, background music, and audience warm-up commentary.

The Ceremonies system was designed by Norwest’s in-house team of Ian Shapcott (Head of Audio) and Andrew Marsh (Head of Special Events) and comprised mainly ground-based arrays of K2 atop K1SB, flanked by KS28 subwoofers. The sporting venue systems were originally specified by Damian Rowe, who worked with Shapcott on the adjustments needed to suit Norwest’s inventory, while remaining within the all-important brief, and made use of approximately 200 smaller format cabinets. Both teams modelled their systems with L-Acoustics 3D acoustical simulation programme, Soundvision, to ensure optimal coverage would be achieved.

Norwest substituted a pole-mounted, distributed system of ARCS Wide in the northern stands to account for the lack of rigging infrastructure. Arrays were still flown where possible with ARCS WiFo and 12XT as additional fills. All K-Series cabinets were powered by LA12X amplified controllers, while the fill speakers used LA8, housed in distributed nodes around the field of play or in catwalks in custom, rain-proof tents.

Gra praised: “This was our second ceremonies event using our fleet of KS28 subs; they’re truly a stunning unit. Like all L‑Acoustics products, they do so much more than simply produce a pleasing picture on the analyser; they’re very musical. The K2 dolly and jack system makes for exceptionally quick deployment and recovery, a necessity when the team have less than 24 hours to turn an athletics stadium into a theatre. Using our existing systems combined with our K2 / K1SB system produced a simply wonderful end result, with great reports coming from all quarters.”