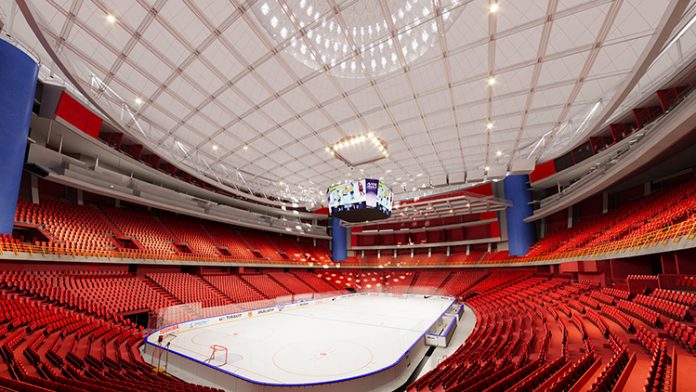 Stockholm Globe Arena Fastigheter AB (SGAF) have announced a best-in-class team, led by the premium experiences company Legends International, has been appointed to support them in reimagining the performance space of Avicii Arena, Stockholm, Sweden, in accordance with preliminary decisions made by Stockholm City Council.

Legends International has been appointed to deliver project management services, and to lead a team of experts in supporting SGAF, creating a concept design and contributing to the business case, with the focus on enhancing the fan and guest experience and additional revenue generation.

“It has been a long and rewarding process, and we feel confident that we, together with our tenant Stockholm Live among others, have procured a very competent team in Legends International. We are looking forward to working up proposals for the Stockholm City Council and begin the development of Avicii Arena,” says Mats Viker, CEO, SGAF.

“Avicii Arena is an iconic venue, which our team are privileged to be helping SGAF reimagine,” Martin Jennings, Managing Director UK & Head of Global Planning for Legends International, said. “We believe we have brought together a great combination of international design and project expertise, combined with local knowhow, to help SGAF make Avicii Arena a landmark venue for live entertainment and top-tier Ice Hockey for years to come”

“Avicii Arena is such a significant and wonderful landmark in Stockholm and has a long and storied history as a premier destination for concerts, entertainment and hockey,” said John Rhodes, director of Sports + Entertainment at HOK. “We are honoured to have the opportunity to collaborate with Legends International and SGAF to infuse the arena with new offerings and energy that will elevate the spectator, athlete and performer experience.”