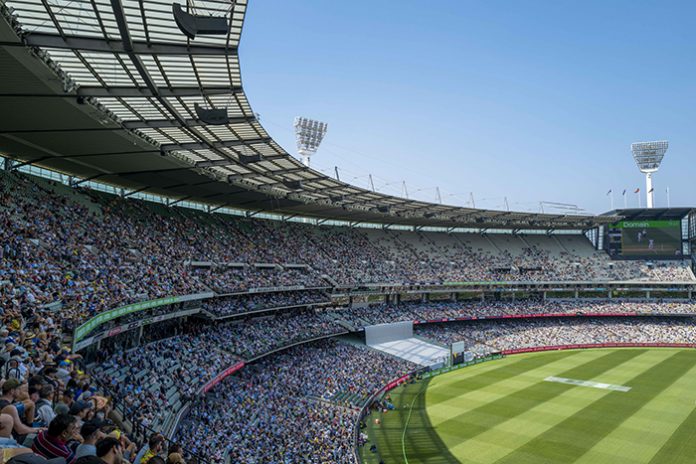 “There aren’t that many occasions when you encounter a 100,024 seat space; I think there are only eleven in the world.”

When the Melbourne Cricket Club (MCC) contracted Emmy-Award winning AV consultancy, Auditoria, led by Scott Willsallen, the brief was simply to deliver the best possible audio to every seat – and in doing so anchor its reputation as a world class sporting venue. Cricket is the second most watched sport in the world and the Melbourne Cricket Ground (MCG) or the ‘G’ as it’s affectionately known, is its second largest home. Yet, for Scott, no stranger to stadia, the project was less an issue of scale, than taking care of the subtleties.

With memory-making game days, not ROI, in the driving seat, the MCC has reimagined the value of audio in stadia, taking its vision beyond the bowl into every public space, including restaurants, bars, atria, concourses, gate entry and exit points, as well as broadcast facilities. For those involved in this highly collaborative project, including Auditoria’s Senior Consultant, Luis Miranda, installer Rutledge AV, (now a Diversified company), d&b’s Australian partner, NAS, and the MCC’s General Manager IT & Innovation, Rey Sumaru, it was an exercise in thinking optimally and working backwards.

“The brief was quite different,” confirmed Scott. “In that it was just give the best possible experience to the audience. So, one of our first tasks was how to interpret that.”