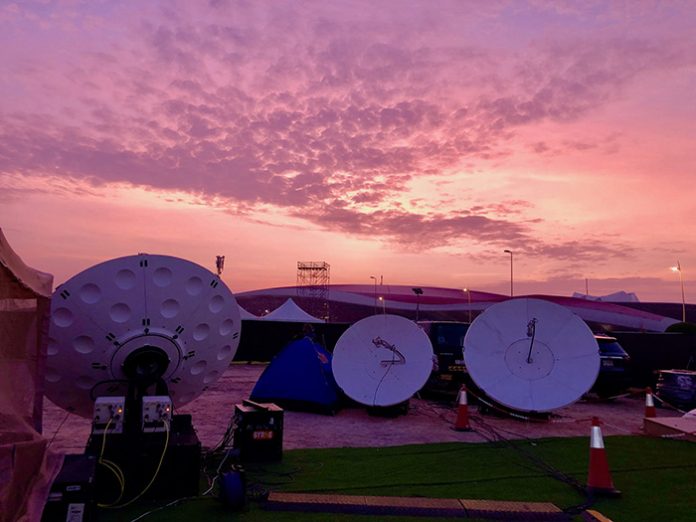 The recent UFC Fight Night from Shenzhen, China presented the PSSI team with some unique challenges due to overlapping feeds in multiple locations across the city. Senior project manager, Keith Valeri, along with Tracy Michaels, PSSI’s director of project engineering, deployed Nextologies’ IP encoding and transport solutions to support the athletes weigh-in at the Futian Shangri-La hotel in Shenzhen. PSSI transmitted encrypted, redundant feeds of the weigh-in back to Nextologies headquarters in Toronto, as well as the PSSI International Teleport which, in turn, uplinked the signal to a domestic satellite for multiple distribution outlets and social media platforms.

“We are excited to continue creating custom solutions for PSSI, helping them stay at the forefront of live encrypted transmission services,” said Sasha Zivanovic, CEO of Nextologies.

Nextologies has developed cutting-edge encryption technology that allows both satellite and IP to meet the increasingly complex content protection requirements of PSSI’s extensive customer base.

Their NXT-ASIIP-GW device provides an additional layer of AES 256 bits encryption on top of the pre-existing encryption in a completely transparent mode with out-of-band key management. This device enables point-to-multipoint transmission, utilising the multi-path approach – ASI over satellite and IP via public or private network. Nextologies’ proprietary system is comparable to a Tier 1 level of security but at an extremely affordable cost for both full time and occasional use projects.