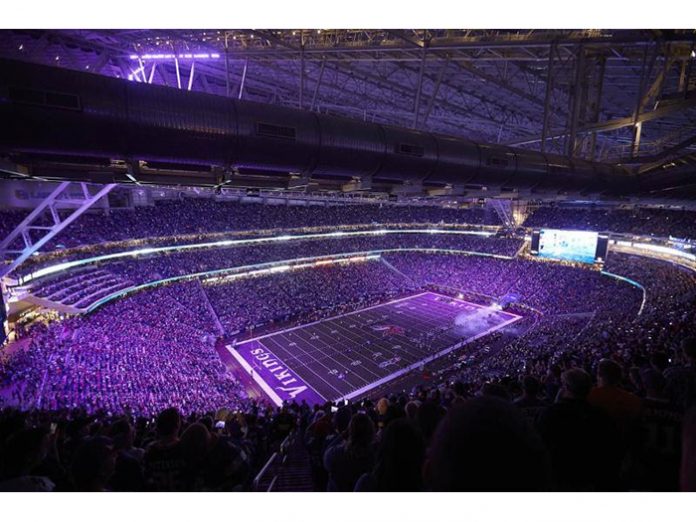 The game is the first of three consecutive professional football championship games to use Eaton’s Ephesus LED sports lighting. Mike Lorenz, president at Eaton’s Ephesus Lighting business, commented: “Our success at University of Phoenix Stadium and the attention our LED lighting solution – received for its performance during the world’s biggest sporting event – truly changed the perception of LED sports lighting from a rookie to a primetime performer.

The capabilities of Eaton’s Ephesus LED sports lighting system allow building operators to completely darken the stadium, turn on lights and display light shows to enhance the pomp and circumstance; including the player introductions, the national anthem, and Justin Timberlake’s halftime show.