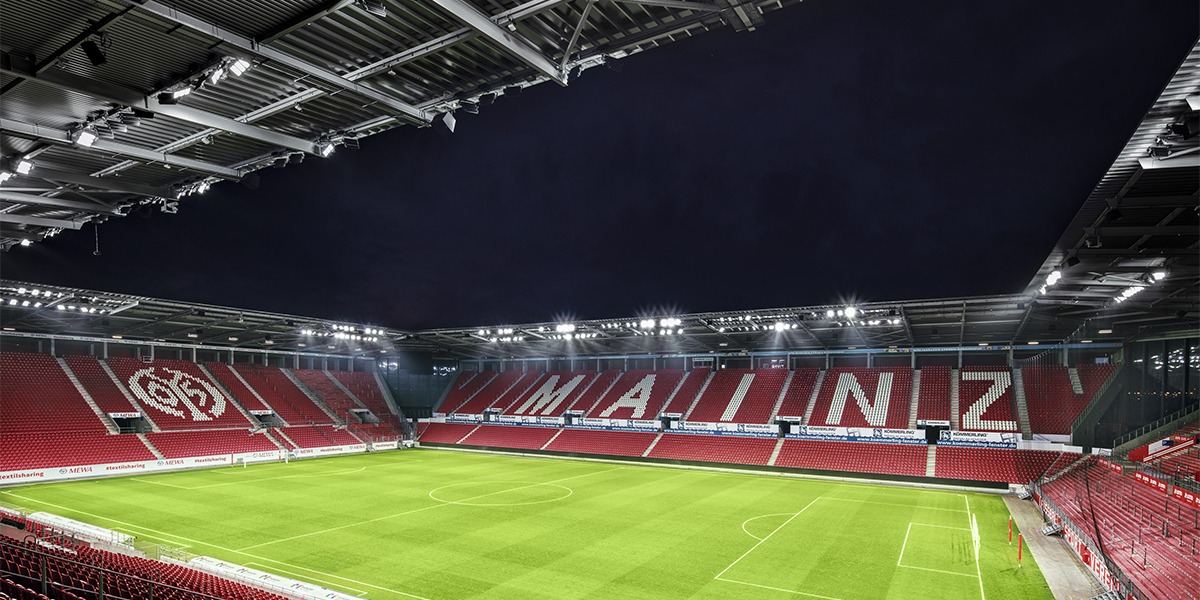 Opel Arena, Mainz, was built in 2011 as the new home of 1. FSV Mainz 05. The distinctive, red-arched stadium has recently held various games as part of the 2020 Bundesliga championships, as well as becoming an event venue and a new figurehead of the city. It was constructed to provide panoramic views of Mainz and its surrounding nature with four steep one-tier stands and open corners – these features making Opel Arena a standout venue in German football stadium design. The 34,000-capacity arena aims to unite the spirit of traditional football, while providing a modern functioning sporting venue for fans.

More recently, the venue’s lighting was renovated to fully enhance the fan experience and implement the modern mantra that FSV Mainz 05 is focussed on. Thorn Lighting – a member of the Zumtobel Group – was tasked with the installation of the new LED floodlight system and main stand lighting addition. The progressive lighting upgrade, which was implemented as a turnkey solution, fulfils the raised requirements for the German Football League (DFL) in time for the 2019/2020 season as well as UEFA Elite Level A. For Thorn, the challenge involved designing and implementing alighting solution that would serve the club well into the future.