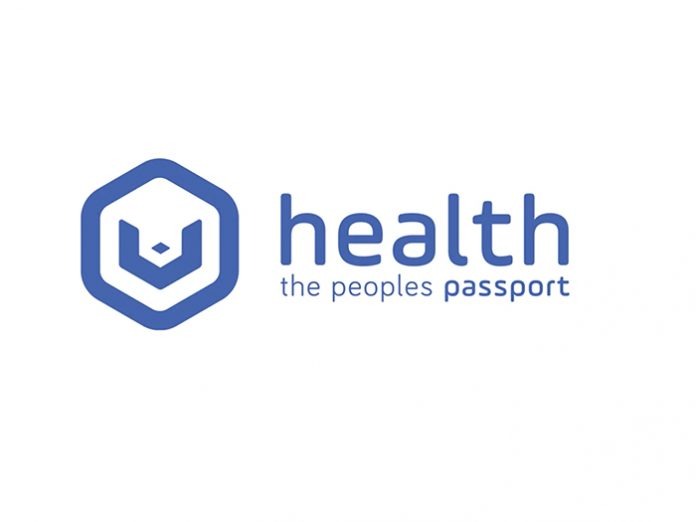 The Rapid test kit takes 1 minute to administer to a sports fan and gives test results within 10 minutes and a 98.7% accuracy testing for IgG, IgA, IgM. The test kit which comes with a GDPR compliant and secure digital health passport called VHealth Passport will be priced at £15 making it a ‘game changer’ for sports fans across the UK.

The three rugby players demonstrated the new rapid testing kit procedure and VHealth Passport as part of a pilot scheme called FANS ARE BACK which has been submitted by VST Enterprises to the Government including the Prime Minister, the Sports Minister Nigel Huddleston and the Department Of Media Culture & Sport (DCMS).

Tech entrepreneur Louis-James Davis is leading a consortium of British companies who joined their respective expertise to find a solution to get fans back into stadiums. His tech company VST Enterprises along with sports partners REDSTRIKE, public safety and event management partners HALO Solutions and occupational health care company Latus Health have put forward active pilot proposals to Government to get football, rugby union and rugby league fans back into sports stadiums across the UK in a safe and controlled manner.

Former Sports Minister Richard Caborn has widely supported the initiative and believes that a system of testing and health passports is the right way to get fans back spectating at British sporting events.

Commenting on the pilot scheme Mike said: “Getting fans back to watching live sport safely is the number one priority for clubs, teams and fans right now. Providing safe, accurate testing and ensuring that each person has a secure digital health passport to authenticate their test status result is vital to be able to do this. The fans are the lifeblood of any sport – without them it’s just not the same and so this is a great step forward. The test is simple, easy to use and the results are then uploaded to the app on your mobile phone which fans can present when asked and it will also remind you when your next test is due, hopefully enabling the long term safe return of fans.“

Former Sale Sharks and England player Mark Cueto MBE, who is now commercial director at Sale Sharks is fully supportive of the testing and VHealth Passport pilot and initiative:  “Sale Sharks have always been an innovative club and we fully support the FANS ARE BACK™ test pilot that VST Enterprises are spearheading with the Government and various sports bodies. We have seen first hand as a club, how quick, safe and efficient these test pilots are to administer and get the results for fans within 10 minutes. This will be a crucially important part of getting our Sharks fans back into the ground to watch premiership rugby and more crucially that all Premiership Rugby clubs will be able to use these tests and technology. The use of cutting edge secure technology like the VHealth passport with our fans is also an important part of being an innovative and forward thinking rugby club.”

‘FANS ARE BACK’ pilot programs will cover football, rugby and snooker initially working with DCMS, Public Health England, SGSA (Sports Ground Safety Authority) and the various bodies including the Premier League, RFU, RFL and World Snooker. Upon its successful trials other pilot programs will then be rolled out across music concerts, theatre and other entertainment venues.

The pilot programmes will see a sample group of between 500-5000 home fans tested a day prior to a specially designated ‘friendly game’ using a Covid-19 rapid test kit. Each testing kit will also be provided with an ultra secure digital health passport to be used on the fan’s mobile phone called V-Health Passport. The ultra secure digital passport will authenticate and validate the fans Covid-19 status.

Sale Sharks and England Flanker Tom Curry also took part in the pilot scheme ahead of his training schedule, commenting on the pilot he said: “The fans at Sale Sharks are the reason we turn up to play and love the game of rugby, they are the lifeblood of the team and the sport. The FANS ARE BACK pilot scheme is a brilliant idea and really will make a huge difference to getting our fans back into the ground safely.”

The FANS ARE BACK pilot programmes will use the most advanced Covid-19 rapid testing kits which can be administered in 1 minute and produce test results in 10 minutes with 98.7% accuracy along with GDPR compliant digital health passports to authenticate and validate Covid-19 test results. Unlike contact tracing apps used by the Government, the V-Health Passport does not track or trace a persons live location or breach personal privacy protocols and ensures personal data is ultra secure to the fan using the most advanced security protocols and encryption.

The V-Health Passport is a unique cyber security technology app powered by the ultra secure VCode which works alongside a Covid-19 testing kit to provide an intelligent traffic light system on a smart phone to authenticate a persons test status of positive or negative. “Red” indicates a positive, “Green” indicates a negative test result and “Amber” indicates a countdown trigger date to the next test date required.

The FANS ARE BACK pilot programmes will be overseen by event safety team HALO Solutions Ltd who have unrivalled expertise in public safety and event management. The team have extensive experience managing and supporting events such as the Cricket World Cup 2019, Isle Of Wight Festivals, BBC Sports Personality Of The Year to British Athletics providing event safety and management.

Medical administration and testing will be carried out by Latus Health who have extensive experience in occupational health for corporates and Covid-19 testing with clients ranging from investment bank JP Morgan to Morrison’s supermarkets.

Former Sports Minister Richard Caborn believes that the FANS ARE BACK pilot programmes will positively assist the Governments plans and give confidence to the fans to allow stadiums safely to re open again in October.

“This is exactly what the Government need to be encouraging sports administrators to adopt for fans to be safe in coming back into the sports stadiums and major events. By running the FANS ARE BACK test pilot programme this will allow the football and rugby clubs to trial a program of rapid testing and using a V-Health Passport to confirm and authorise a persons Covid status. In my opinion it is a significant and positive way in ensuring that spectator sports can resume in the UK where we test test test and use a secure health passport that also protects peoples data and which validates that test result. That is the only way we can ensure that sports fans are safely entering a stadium as test negative.”

Caborn, who served as Minister Of Sport from 2001-2007, was one of the UK’s longest serving Sports Ministers and hugely respected for his contribution to UK sport. He was instrumental in securing the London 2012 Olympics and was also appointed by Gordon Brown as the Prime Minister’s Ambassador for England’s 2018 World Cup bid.

VSTE are also providing its VCode & VPlatform technology to work with the UNITED NATIONS as part of their SDG Collaboratory (Sustainable Development Goals) program – to provide a wide range of technology services to 9 Billion people by 2030.