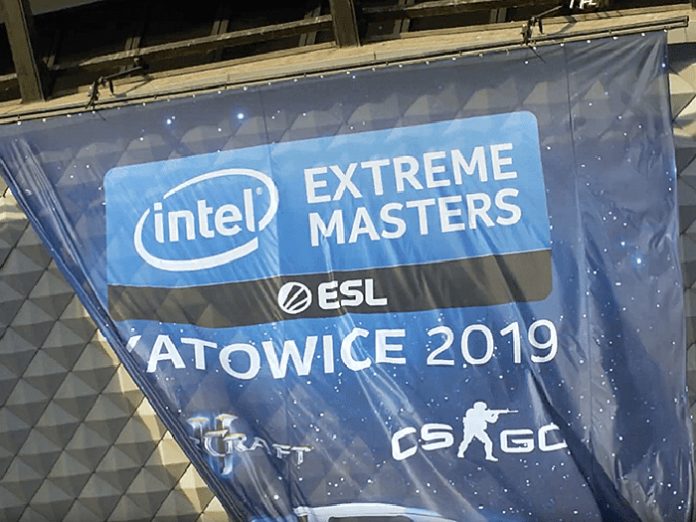 At the recent Intel® Extreme Masters Championship (IEM) 2019 in Katowice, Poland, a variety of RedNet Dante™-networked audio converters and interfaces from Focusrite were employed to provide connectivity solutions across multiple stages over the festival’s two-and-a-half weeks. The IEM Championship represents the world championship for e-sports games, and this year’s competitors vied for top honours in Starcraft 2 and Counter Strike: Global Offensive, among other titles. Much of this competition was live-streamed, and RedNet interfaces provided a key solution in keeping the audio content properly networked.

Domninik Samborski, Brand Manager/Marketing Specialist for Audiotech, the Poland-based firm that provided A/V solutions for the festival, noted: “An event of this scale requires the use of reliable, scalable, easy-to-use audio solutions. For a few years now, Dante has become the leading standard in audio-over-IP. The benefits that come with the use of Dante technology are the lack of degradation of audio signal and avoiding artefacts like ground loops because it is a digital signal, and global management of the system clock. Focusrite was one of the first companies to implement Dante technology in their audio converters. Focusrite RedNet can be a bridge between analogue and digital audio formats, thanks to their interfaces for AES / EBU to Dante, MADI to Dante, Pro Tools HD to Dante, or analogue to Dante. The wide range of input and output formats supported by the RedNet system makes it the most versatile Audio-over-IP system on the market.”

Sound engineer Marcin Kondziela of the firm 120dB Sound Engineering, who served as the on-site tech for the festival, remarked: “At IEM 2019, we are using Focusrite RedNet devices at approximately 15 points, which gives us a total of about 200 connections in the entire network. Everything comes back down to one OB Truck and is manageable on the network. Thanks to that, we gain the flexibility of having multiple connections accessible, with functionality and scalability across the entire system.”

Fellow sound engineer Michal Mika, also from 120dB Sound Engineering, added: “Focusrite RedNet converters are used to take the signal from microphones in a given location and return the signals back to the host or the reporter. We also use RedNet to collect signals from the commentators’ desks or studios with pre-match or post-match analysis. We also provide signals back to the commentators so that they can hear each other and that they can be in contact with production staff. Some of the converters are used in control rooms to send and receive signals to communication systems. We use Riedel communication systems, and we are connecting to this system through RedNet converters via analogue.”

Mika added that 120dB has been employing RedNet devices in a variety of different applications. “We’ve used Focusrite RedNet not only for television and e-sports but also to fulfil the needs of a large stadium event where we had to send a signal to the roof of a stadium. We also use some of them in recording studios, and they are also great interfaces for post-production studios. We have been using Focusrite RedNet converters for 3-4 years. We chose these devices because they are easy to use – they are very reliable and they have never let us down. They are very durable and travel with us all over the world. A few days ago, the entire system returned from Montreal, Canada, by air. A few months ago the whole system was with us in Rio, Brazil, and now it’s in Katowice and as you can see, it’s doing great!”