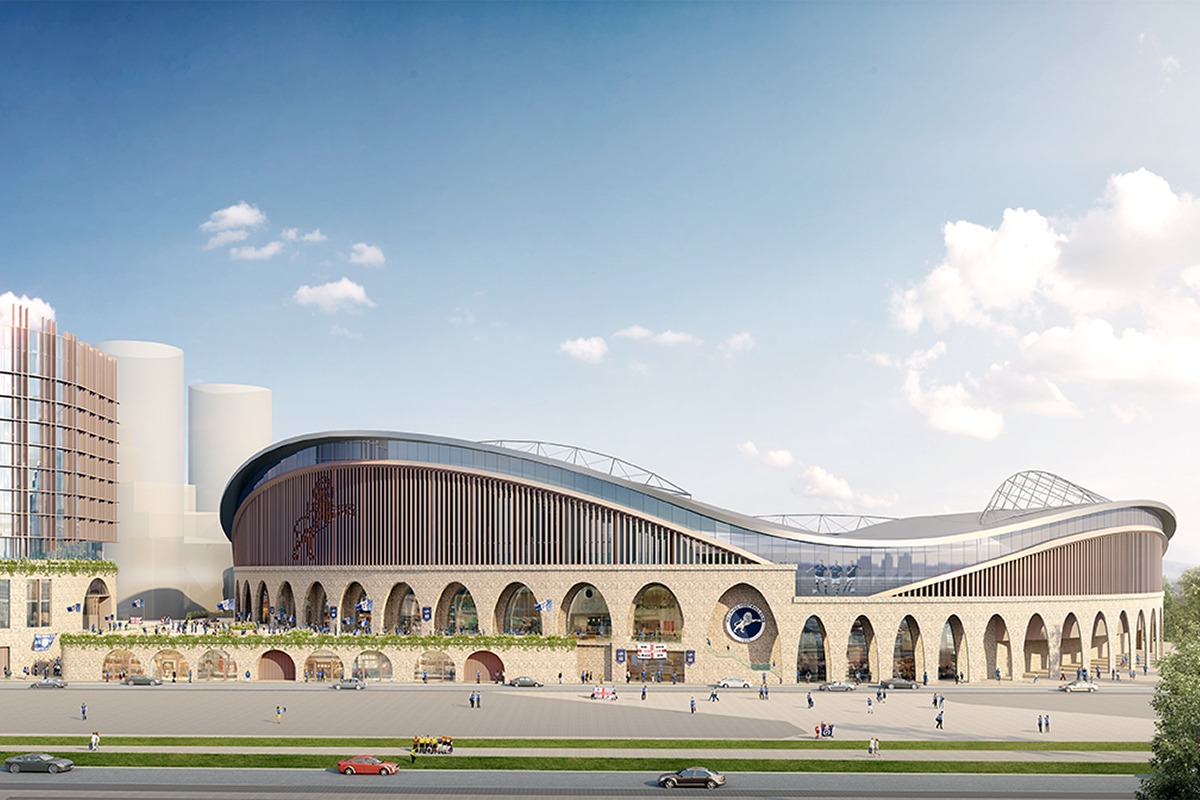 New proposals for Millwall FC’s historic stadium, The Den, have been drawn up by AFL architects. The design of the new proposals has been inspired by the history of Millwall FC and its surroundings. The use of brickwork arches references the railway viaducts and industrial past that surround the current site, and also those at Millwall Park, which was home to the club on the Isle of Dogs over one hundred years ago, where the brick railway viaduct can be seen in the background of historic match photographs. Internally, as much of the original stadium infrastructure as possible will be kept, to ensure the unique atmosphere of the Den is retained.

The stadium is set to receive phased expansion of its existing venue, up to a total maximum capacity of 34,000 seats. This will provide additional media and player accommodation, meet premier league requirements and also, in time, provide enhanced facilities for fans to transform their match day experience.

Part of the proposal is the creation of a vibrant new public plaza at the heart of New Bermondsey railway station providing a valuable amenity for the surrounding community, as well as engaging space for fans on match days with retail, commercial and community areas. The Millwall Community Trust will also gain facility upgrades including a new sports centre with a sports hall, gym and community café.

The development strategy is also set to retain as much of the existing stadium structure as possible, while providing for a flexible phased uplift to both facilities and capacity over time. This not only maintains the stadium in use for fans, but minimises demolition and construction waste.