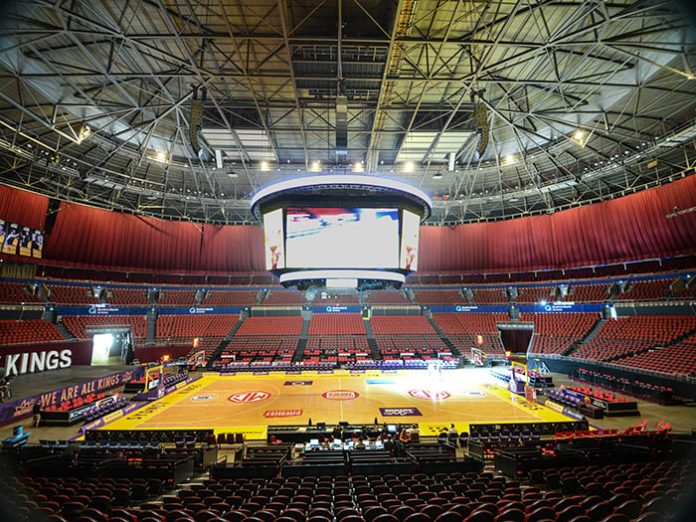 After almost 25 years Sydney’s The P.A. People have returned to their rental roots, purchasing a Bose ShowMatch Delta-Q array loudspeaker system for their Event Communications department.

“We have been looking for the right opportunity and the right product for quite some time – I first heard the ShowMatch system two and a half years ago before its release and I was impressed. Since then there has been critical acclaim at the product launch in Australia and some great reviews of the product in use. We felt that the form factor was appropriate – and the tonality of the system suited most client’s needs, and for a small system it does get loud without losing control. We had used a demo rig on a show earlier in the year, and we recently installed a small system at Riverside Stables. We were again impressed at what we heard,” said Chris Dodds managing director of The P.A. People.

“A few weeks ago, we were asked if we would like to bid for the provision of Audio and Comms supporting the Sydney Kings home games at Qudos Bank Arena, and it seemed like a great opportunity to invest in a speaker system to support our communications system offer.” Chris continued.

The ShowMatch system is unique in array technology, in that it combines the best of both traditional line array design with the benefits of a constant curvature system in the near field.

“We rigged the system for the first time on the Monday and then spent a couple of days rehearsing with the system. The rig for the Kings in Qudos Bank Arena consists of six arrays, each comprising eight ShowMatch cabinets and a cardioid bass array of three 18” SMS118 subcabinets. Each pair of main arrays uses a different combination of SM5, SM10 and SM20 cabinets to achieve the appropriate vertical dispersion.” Waveguides are available to tailor the horizontal dispersion from 55 to 120 degrees. “We have then selected 100-degree waveguides for the SM5 and SM10 cabs, and 120-degree guides for the SM20’s. That way we are able to match the dispersion of each cluster to the requirements of the venue in both vertical and horizontal planes” commented Anatole Day, system engineer for the initial arena install. “We also added four SM20 cabs on the lower ring of the gondola to help bring the image down closer to the action for the court side ticket holders” he added.

The P.A. People have opted for an entirely Dante based signal distribution system for the Kings. The system is in and out of the Arena on a regular basis so being able to connect a single cable for signal distribution is great. The system is based on a Yamaha QL console and a pair of RIO1608 boxes to collect and distribute the audio from the system engineering location, the video replay systems, the OB trucks, and the PA itself.

The system for the Sydney Kings is rounded out with a comprehensive Clear-Com Communications system centred around a Delta matrix frame, V-Station matrix panels, Helixnet digital partyline beltpacs and an integrated FreeSpeak II wireless solution. “The Comms system is fantastic” said Matt Byles, Technical Director for Great Big Events.  “Having the Freespeak system fully integrated with the Matrix panels and the partyline provides us with a level of functionality we haven’t achieved before at the Kings, and the wireless coverage is fantastic in a venue where many other suppliers have failed.”

“It is almost twenty-five years since we left the large-scale Audio market with the sale of our iconic Turbosound TMS-3 rig in 1995, but it is great to be back in the space with a new market leading sound system. We look forward to letting our customers hear what it can deliver for them” Chris concluded.