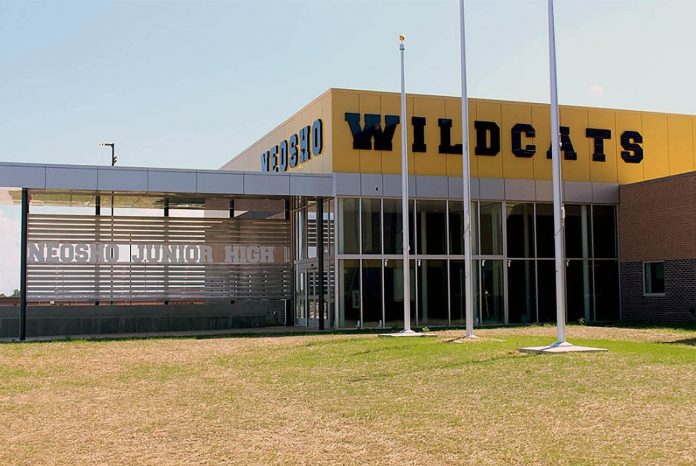 Completed in time for the 2017-2018 school year, Neosho Junior High School in Neosho, Missouri is a welcomed addition to the Neosho School District. The 134,000 square-foot facility currently accommodates approximately 700 students and has space for 300 more. Prior to its completion, those students were awkwardly split between the middle school and the high school. The district hired Total Electronics Contracting (TEC) of nearby Joplin, Missouri to install a sophisticated sound reinforcement system for Neosho Junior High School’s combination gym/auditorium. Because of their solid performance and reliability, TEC designed and installed a system based on Ashly Audio’s nX-Series multi-mode amplifiers.

“Back in 2013, we installed a sound reinforcement system at the Carver Sports Complex, which shares the very grounds that the new Neosho Junior High School occupies,” explained Nate Pugh, audio/video project manager at TEC. “Warren Smith & Associates designed that system and spec’d Ashly Audio amplifiers. We had never used Ashly before, but I knew of their reputation so I figured we’d get set up with them. We were impressed by Ashly’s performance and value, so we started designing their products into our jobs. Since then, we’ve been amazed at the reliability of this brand. So, here’s our oldest and newest installations with Ashly gear essentially side-by-side!”

The gymnasium at Neosho is used for performances, pep rallies, school-wide lectures, day-to-day gym classes, and, of course, games, and the sound reinforcement system serves each of them in a slightly different way. Pugh went with Ashly’s nX-Series of multi-mode amplifiers to power the gymnasium’s Community IP8 mains, IS6 subwoofers, and R-Series coax fills. A total of six amplifier channels flow from an Ashly nX4002 (400W), an nX8002 (800W), and an nX1.52 (1500W).

TEC installed the system on a tight timeline and had everything up and running in time for the new school year. “We haven’t had any significant issues with Ashly amps in all the installations we’ve done,” Pugh said. “But if we did, Ashly’s service and tech support are great. At Neosho, the system went in and the school has been happily using it every day since.”