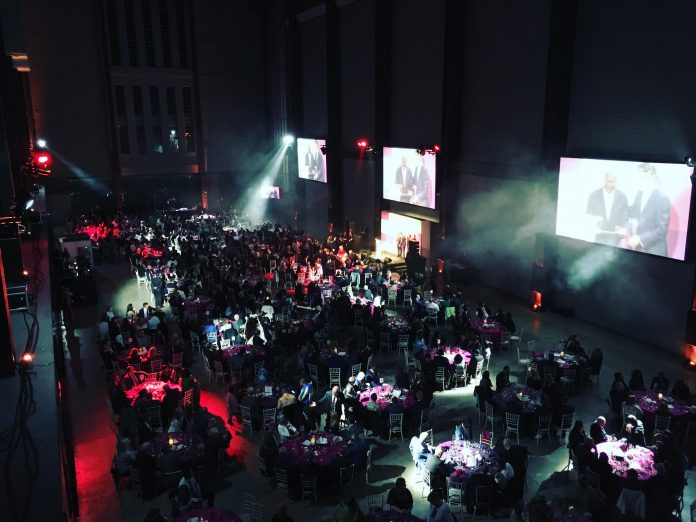 The IAAF World Championships London 2017, were the biggest sporting event in the world this year and the biggest event to be held at the London Stadium since the London 2012 Olympic and Paralympic Games. With this being the first time the Championships have ever been held in the UK, the event witnessed the retirement of legendary sprinter Usain Bolt and the major championship track farewell of British great Sir Mo Farah.

The Championships achieved an official Guinness World Record for the number of tickets sold with over 705,000 recorded while over 150,000 spectators lined a landmark filled marathon course in the city. With the IAAF World Championships taking place in London this meant that both the IAAF Congress and Gala Dinner were also held in the Capital. White Light was called upon to provide technical solutions on each event.

This year’s IAAF World Championships London 2017 were held from 4th–13th August and saw 2,200 athletes from 203 nations compete. The official opening of the IAAF Congress which featured a Gala Dinner, took place at London’s Tate Modern on Tuesday 1st August and welcomed more than 200 of the IAAF’s 214 Member Federations. WL’s Senior Accounts Manager Dominic Yates comments, “The official opening was presented by IAAF President Lord Sebastian Coe and had some extremely high-profile guests in attendance. It took place in Turbine Hall of Tate Modern, a space we are now extremely familiar with due to our approved supplier status”.

For the opening Gala Dinner, WL was called upon to provide the full production support. With a team of 25 technicians, led by Project Manager Martin Strods, the company supplied the lighting, audio, rigging and scenery. Dominic states, “We drew on our extensive inventory to help create an unforgettable start to this year’s IAAF Congress. For the lighting, we drew on the Martin MAC Viper Performances and MAC Auras, CORE Lighting Colourpoints all controlled via a Grand MA2. We also supplied the audio system which consisted of the EM Acoustics HALO C Line Array, the EM 81s, 121s and 218s speakers along with Shure Radio microphones. For the content that was being relayed as part of the speeches, we drew on our Christie 4K30 Boxer Projectors as well as providing 2 x 95-inch Panasonic Plasma screens to ensure all of the delegates felt part of the evening”.

Regarding timescale, WL installed the lighting and audio system the previous evening whilst they had 45 minutes before the actual event to fly the projection screens and set up all elements on the floor of the Turbine Hall. Dominic states, “The Turbine Hall is in constant use as it was during the day of the event, so we had to plan intricately to ensure we could turn up at 6pm and have everything ready for that evening”.

Following the opening Gala Dinner, the IAAF then held their 2017 Congress at ExCeL on 2nd–3rd August. During the two days, they welcomed more than 800 international delegates from more than 200 member federations. Lord Sebastian Coe once again opened proceedings. Dominic states, “It was a busy few days with both projects running concurrently. The Congress was essentially a two-day conference in which the IAAF could review their previous year and look at putting forward proposals to their future constitutions”.

Such was the scale of the event that WL worked in three of the ExCeL spaces, the main auditorium, the Capital Hall and the Capital Suites. A team of 20 were led by crew chiefs Hadyn Williams and Tony Simpson with Mark Cuniffe and Quentin Jarman providing the lighting design.

Both the Gala Dinner and Congress went extremely well; prefacing what was an extremely successful IAAF World Championship London 2017. Dominic states, “It was fantastic to be involved with such a high-profile event and provide technical support on two major events from the IAAF. It was a busy three days but our resources and equipment ensured that we delivered everything on time to a range of events that received global recognition”.